How to Setup SonarQube on Mac Part-1

After 6 days break,Today I will continuous mentioning different topic which is "Sonar"

What's the Sonar?
Sonar is an open source platform for continuous inspection of the code quality.

I will mention how to setup on Mac step by step.

The official website of the Sonar says that "The only prerequisite for running SonarQube is to have Java (Oracle JRE 6 onwards) installed on your machine."

Homebrew is the package management system for Mac Operating System.

How can I Install it?

by entering this command in terminal:

After I install homebrew into my machine I need to update brew for whether its installed successfully or not so I run this command in terminal: brew update

echo $SONAR_HOME and $SONAR should return above paths.

After I set all export commands I can start to run Sonar in terminal by using this command:

or in current directory

After I used "sonar start" command I should to see main page of SonarQube on http://localhost:9000/ like below: 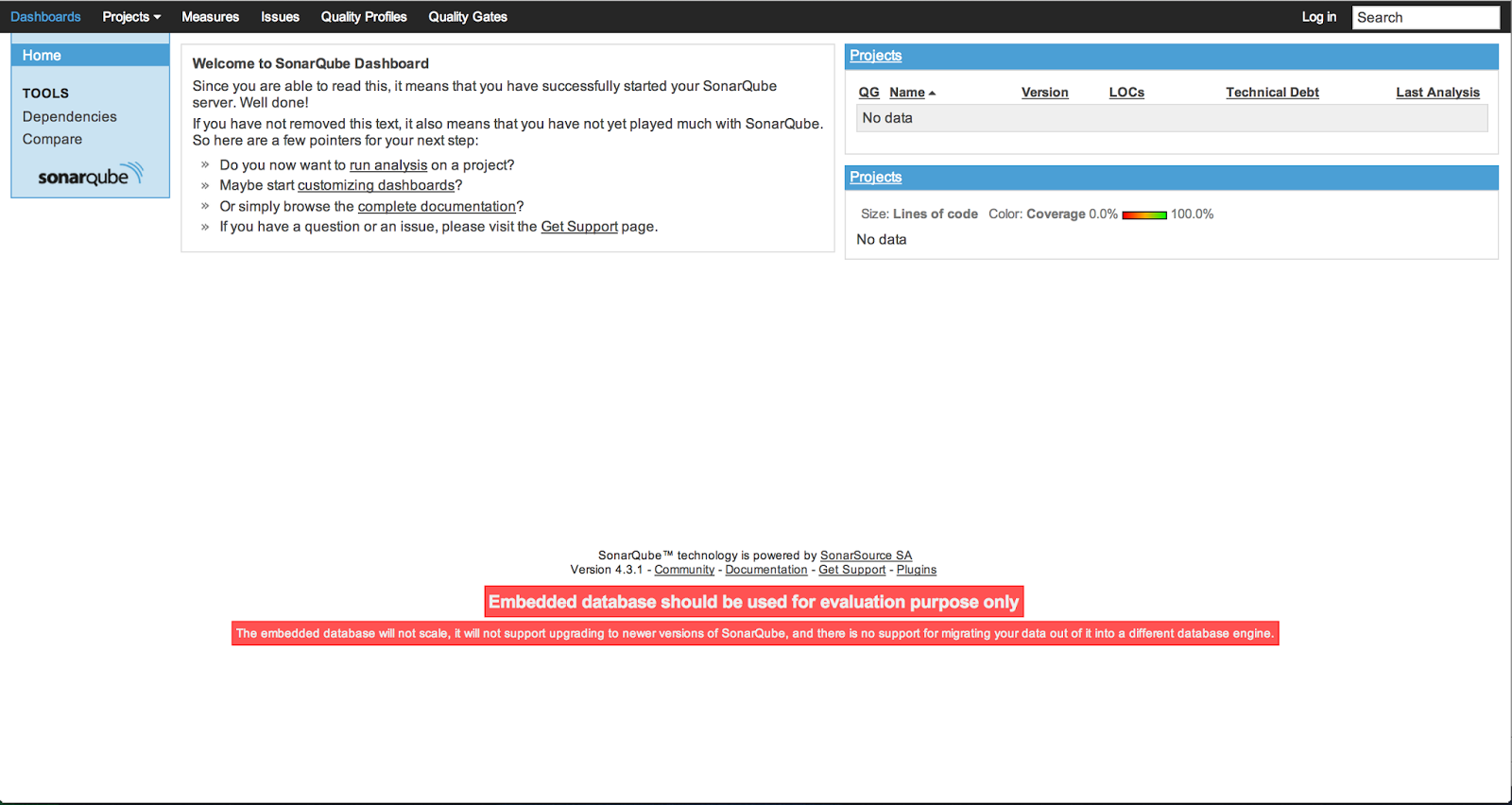